This scutiform, or “bay leaf”, ornate palette is decorated with two bird’s heads, their eyes heightened with incrustations of limestone disks. Their bodies are represented by the stylized plumage between the birds.

Note that one of the heads has been restored. Below the central hanging hole is elaborated an extraordinary decoration in raised relief. The scene reproduces two birds facing each other, placed on a bush, toward which a saluki and a snake are converging. The eyes of these animals appear to have been intentionally accentuated in the artist’s treatment of them, giving a great deal of vividness and coherence to a tableau whose theme remains sketchy. The subject anticipates that of the hunt, which will become common on large ornate palettes at the dawn of the Late Predynastic Period.

Nevertheless, examples of decorated scutiform palettes are rare. Only two specimens are comparable. The older, from the Amratian Period (Naqada I) preserves the image of cephalopod mollusks accompanied by a lettuce plant, archaic symbols of the cult of Min (British Museum, palette BM 35501). The second exemplar is held in Manchester (Inv. 5476). Its decoration, in relief, shows three birds, perhaps ostriches, led by a nude man holding a staff. The archaeological context of that discovery invites us to date that palette to the Naqada III (Late Gerzean) Period. It appears, by contrast, that the palette from the Barbier-Mueller collection could be slightly older, closer to a time at the end of the Naqada II Period. 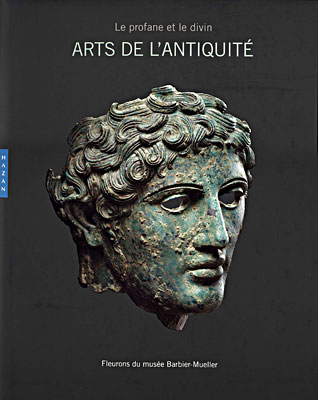