When in the 1940s Jean Dubuffet got interested in the mysterious stone sculptures which he christened Barbus Müller, their sculptor remained unknown and they were still given various exotic origins…

Dubuffet wrote about this Barbu that it sported “Mexican features”, maybe because of the radiant crown which could allude to the Aztec civilization. Yet this statue was carved in Chambon-sur-Lac, Auvergne, France. Dubuffet honoured the Barbus Müller devoting a booklet to them which also contained the founding text of his concept of Art Brut and in 1947 held an exhibition dedicated to them in the Foyer de l’Art Brut in Paris. He described them as examples of provincial statuary.

On the occasion of its temporary exhibition The Barbus Müller, Their Enigmatic Sculptor Finally Unmasked, the Musée Barbier-Mueller published the booklet containing the unpublished text by Jean Dubuffet as well as the first photos of these intriguing statues, attached to its exhibition catalogue.

Upon the museum reopening, discover this Barbu as well as some twenty of its companions. 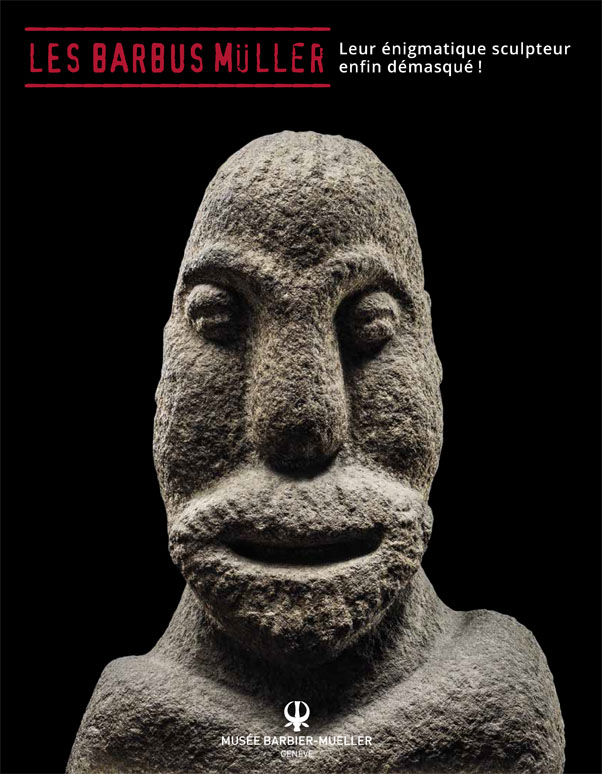