Displayed for the first time, the Barbier-Mueller collection of Baga masks, statuettes, drums and seats from Guinea, the most significant one in private hands, provides an insight into Baga artistic production. From Europe to the United States, the Baga artefacts have fascinated artists for generations (Picasso, Giacometti, Moore), who recognized in their formal, monumental and geometrical features the quintessence of beauty. Dimba, a colossal female bust in wood and the snake-shape mask Bansonyi belong to these masterpieces.

Very little is known about ritual practices and religious representations prior to the introduction of Christianity and Islam that gave meaning to these artefacts.

The exhibition catalogue, written by the anthropologist David Berliner, Professor at Université Libre de Bruxelles, aims at remedying these ethnographical gaps and at showing that littoral societies of Lower Guinea remain the heir to their old religious cultures, be it with or without objects. 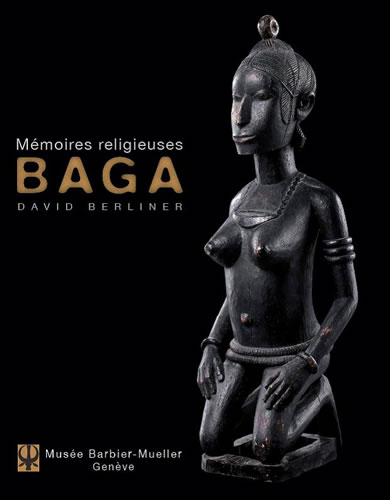