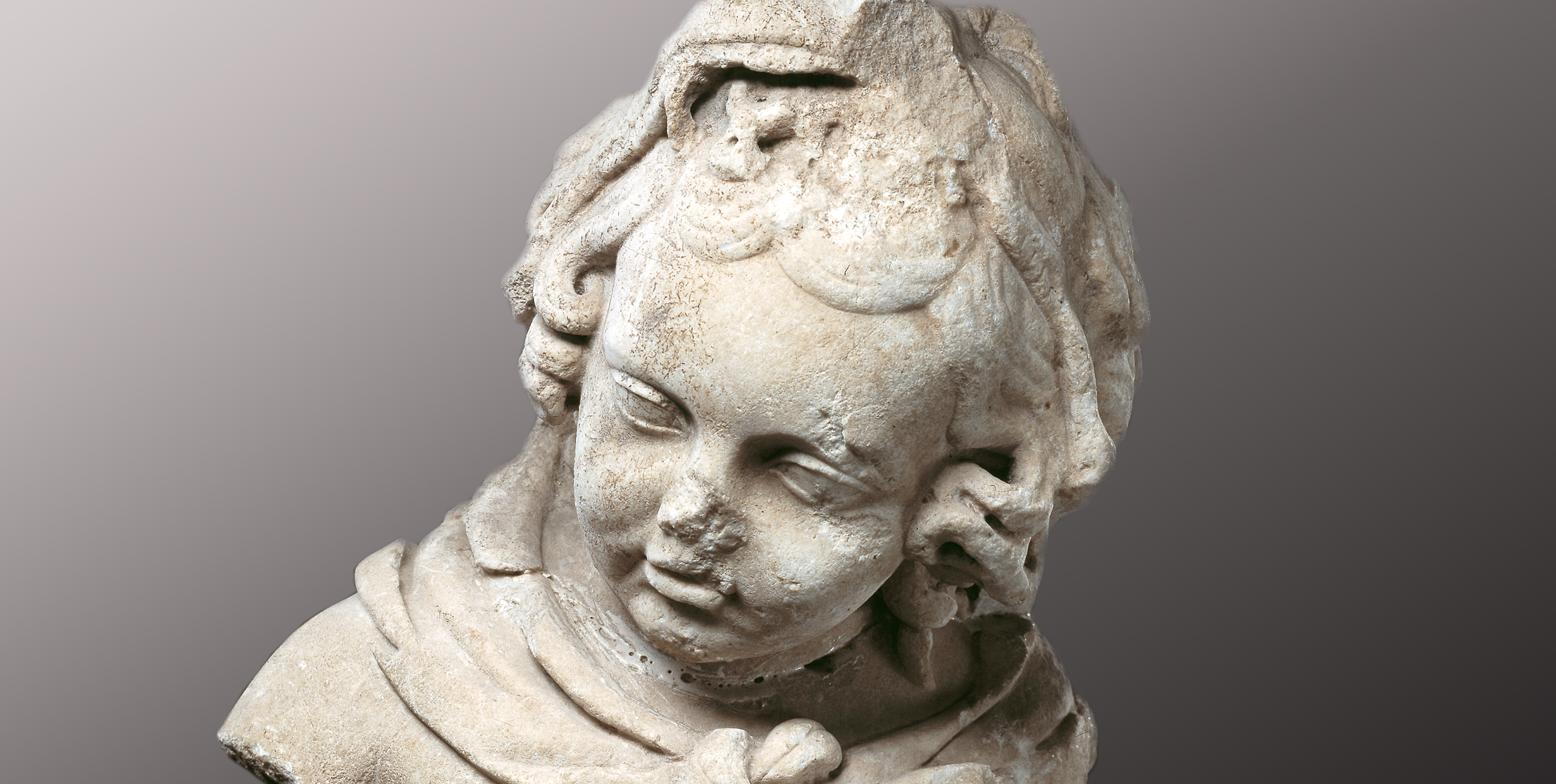 The Fondation Pierre Gianadda is happy to participate in the celebration of the fortieth anniversary of the Musée Barbier-Mueller in Geneva, by exhibiting for a full year, in its archaeological sequence, this moving Young Hercules, which Jean Paul Barbier-Mueller shrewdly acquired in Paris in 1957, exactly sixty years ago, a few years after his marriage to Monique Mueller.

This extraordinary Roman marble, as evocative as it is unexpected, magnifies the youthful image of the adolescent who prevailed over the Nemean lion. It is framed here by the two monumental marbles discovered in Martigny in 2011: Hercules the Lion-Slayer and Apollo Cithareodus (that is, Apollo with lyre). These powerful and virile life-size effigies accompanying the Barbier-Mueller marble are from roughly the same Julio-Flavian dynasty as Young Hercules. The triumphant iconography of the lion skin wrapped around the shoulders of the young ephebe can be found again on the powerful torso of Hercules the Lion-Slayer.

The bonds of friendship we established with Monique and Jean Paul Barbier-Mueller when the Fondation in Martigny opened four decades ago are both loyal and complicitous, since we possess the same enthusiasm for sharing our artistic tastes with a public that becomes more curious and attentive every day.