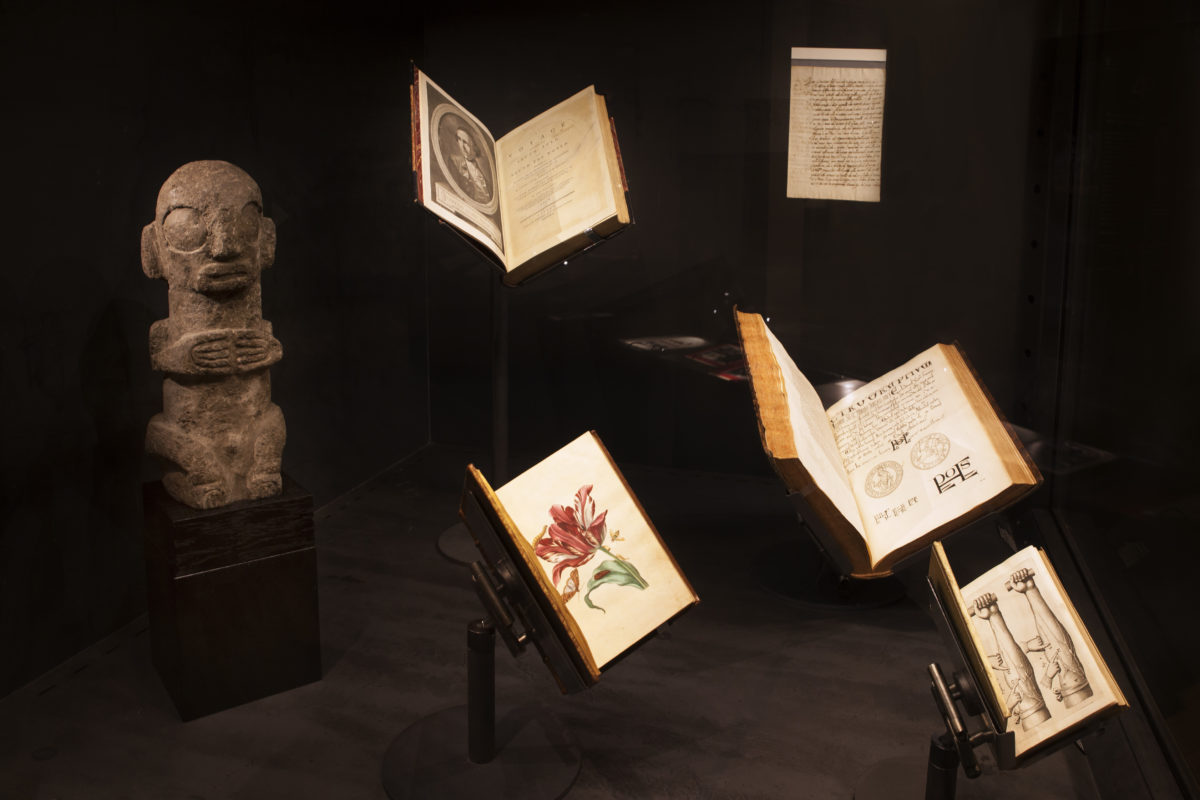 They dared confront the mysteries of the world, setting out to discover zones that on maps had recently borne the troubling words Terra incognita or a drawing of a nightmare leviathan. Their pioneering journeys, having become almost mythic, were set down in writing for a public always eager to expand their horizons, just like the readers of The Travels of Marco Polo. Whether in the case of Captain James Cook crossing the waters of the Pacific, or Henry Morton Stanley penetrating deep into the heart of Africa, these great explorers discovered civilizations and art forms previously unknown to the Western world. The permanent exhibition of the Fondation Bodmer therefore combines original editions of these famous travel books – A Voyage towards the South Pole, and Round the World (1777) and How I Found Livingstone (1872) – and two loans from the Musée Barbier-Mueller. An ancestor statue in volcanic stone, originally from the Society Islands, had no doubt opened wide his enormous round eyes when the HMS Endeavour put in on their shores. In addition, Stanley, in undertaking an expedition from Zanzibar to the cost of Tanzania, could have come across this Zaramo funerary statue dating to the nineteenth century. This unprecedented connection between original Western editions and the statues of remote peoples perfectly illustrates the intercultural dialogue that Martin Bodmer, longtime president of the International Committee of the Red Cross, wished to initiate in his library and his collections.