The Musée Barbier-Mueller dedicates an exhibition to asen, iron altars, specifically those of the former kingdom of Dahomey. It explores an array of issues important to our understanding of these striking sculptures. Key among these are artist hands, questions of use, the history of these arts, and how asen enhance our understanding of the broader regional history of the southern area of the Republic of Benin where they are found.

At their most basic, asen constitute a kind of portable altar that is planted in the ground of the asenxo (asen house) where the deceased members of the family are memorialized and recalled in annual ceremonies, during which each is engaged. It is in front of the asen that the living will meet the dead, speak to them, interrogate them, and offer the sacrifices of propitiation. Many asen, including several featured in the exhibition, include a portrayal of a gourd container, or calabash. Such containers hold food used in offerings to the deceased at the time the asen is first installed. This also recalls an alternative name for asen in this area in southern Republic of Benin and Togo, namely sinuka (calabash to drink water, the calabash being the recipient that one uses ritually in libations for the ancestors).

Historically in this region, asen were also closely identified with healing, protection, and divination, as well as the transfer of knowledge from the spirit world to the earthly world in Vodun temples and other contexts. This function shifted toward a more specifically royal memorial use as the Dahomey court grew in power from the seventeenth to the nineteenth centuries. In the Dahomey (Fon) court in Abomey, each king and the woman who personifies the ruler after his death was identified with a distinct asen. The royal asen were brought out during annual “custom” rites. Historically they were positioned near the djeho (spirit house of the king), and were secured in the ground outside the structure, each initially covered with a cloth. Once the cloth is removed, the asen is given libations and other offerings, including yam, corn, and beans, as well as incantations or songs.

The majority of the works in the Barbier-Mueller collection and featured in the exhibition were created in the coastal port city of Ouidah, many dating to the mid to late nineteenth century and, as such, earlier than those associated with the Dahomey court in Abomey, which were largely destroyed in the 1892–94 French colonial war. These were replaced by new forms commissioned by King Agoli Agbo between 1894 and 1900 from the royal guild of jewelers and smiths, the Hountondji family blacksmith guild.

News of the Event 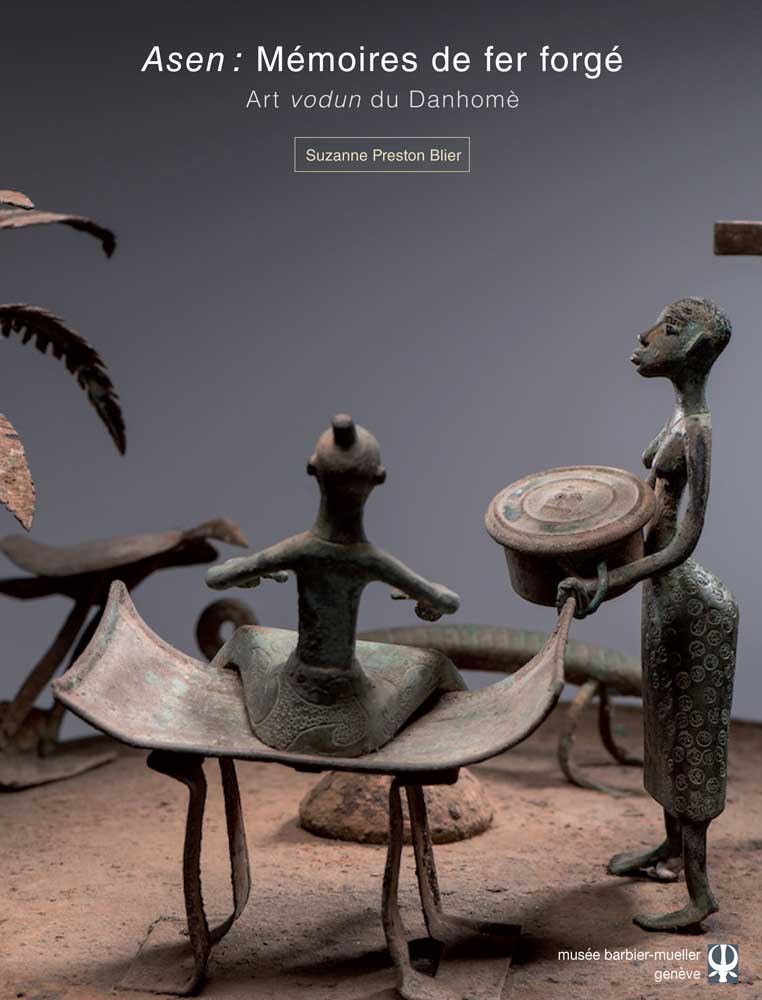